Rocky Johnson, WWE Hall of Famer and father of Hollywood star Dwayne ‘The Rock’ Johnson has passed away.

The WWE confirmed Wednesday that Johnson, known as the ‘Soul Man’ had died at age 75.

Johnson – born Wayde Douglas Bowles – began his wrestling career in the mid-1960s, according to THR.com, but only found fame a couple of decades later when he joined the WWE in 1983. 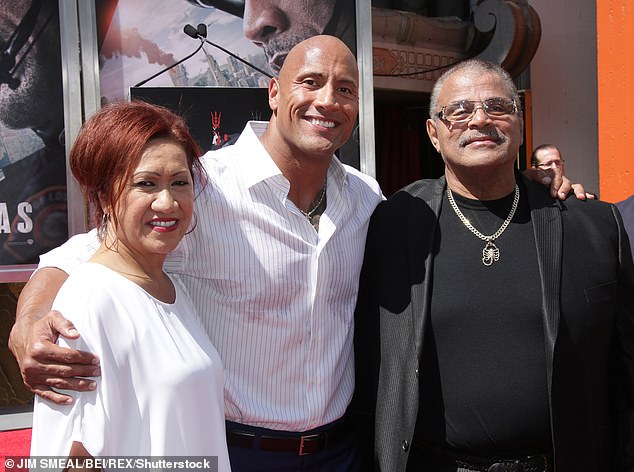 He was inducted into the WWE Hall of Fame by his famous son in 2008.

In a statement, WWE said the organization was ‘saddened’ to hear of his passing and that ‘WWE extends its condolences to Johnson’s family, friends and fans’.

A host of pro wrestling stars took to social media to pay tribute to Johnson, calling it ‘a sad day for wrestling’.

ShopRite Debunks Exit Rumour: We have only just opened to Nigerian investors

The National Bureau of Statistics (NBS) says the total number of unemployed Nigerians is 21,764,617. The statistics are contained in the bureau’s Labor Force Statistics...

Police arrest pastor, 5 others for alleged child theft in A’Ibom

The  Police Command in Akwa Ibom,  says it has arrested Mrs Mmayen Odiuotip, 39 years old and a pastor of Land of Testimony Ministry...

The Delta State Ministry of Basic and Secondary Education has approved additional three private schools as centres for the 2020 Basic Education Certificate Examination...

Buhari rejoices with Kingsley Osadolor at 60

President Muhammadu Buhari has felicitated with journalist, lawyer and administrator, Kingsley Osadolor on the occasion of his 60th birthday. The President in a statement by...

Oyetola to present Staff of Office to Alapomu on Friday

Police arrest pastor, 5 others for alleged child theft in A’Ibom

Buhari rejoices with Kingsley Osadolor at 60