The 78-year-old, considered one of Africa’s foremost artists, dedicated the honour to “all of Africa…and the great man Nelson Mandela” at a Paris ceremony on Wednesday.

A minute’s silence for the anti-apartheid hero was also held.

Sow captured the world’s attention in 1999 when his larger-than-life wrestler sculptures were exhibited in Paris.

His latest ongoing series of work, entitled Great Me, features historical figures including Charles de Gaulle as well as Mandela.

His sculpture of the former South African president – made out of a mixture of clay and rubber – features Mandela as a goalkeeper extending his hand “to keep corrupt African heads of state at bay”. 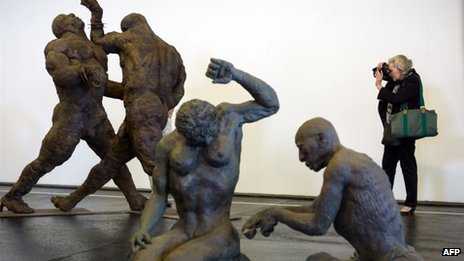 Born in Dakar, the artist left for France in 1957 where he obtained a diploma in physiotherapy.

Apart from a three year break in his home country, he made France his home for some 20 years before returning to Senegal in 1984 to make sculpting his full-time profession.

His knowledge of anatomy would help define his works.

He began his series of muscular Nouba wrestlers in the late 1980s, before going on to create further series The Masai, The Zulus, The Peulh and The Egyptians.

The Battle of Little Big Horn, Sow’s 35-piece series, was first exhibited in Dakar in 1999 as a preview to the Paris exhibition on the Pont des Arts.

Part of the series was also featured at the Whitney Museum in New York in 2003.

In June, Sow opened a retrospective of his work in Besancon, eastern France, which was to be his last exhibition in his adoptive country before moving all his works to a museum he is building in Senegal.

The artist said sculptures of Martin Luther King, Muhammad Ali and Gandhi would also be included in his gallery of men who helped him “not despair of mankind”. 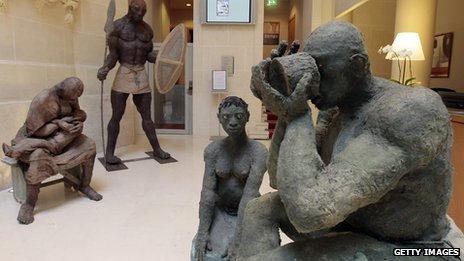 Buhari to withdraw military operations from volatile spots in 2020

Trump says he could shoot somebody on 5th Ave and still not lose loyal...

Trump’s impeachment trial is over

Rumour of my name on ministerial list suffocating – Momodu

Egyptian court to rule on constitutional assembly on Oct. 23